Using almost 7000 images captured by the Sentinel-2A satellite, this mosaic offers a cloud-free view of the African continent - about 20% of the total land area in the world. The majority of these separate images were taken between December 2015 and April 2016, totalling 32 TB of data.

Read more on the BBC News Download the Hi-Res image 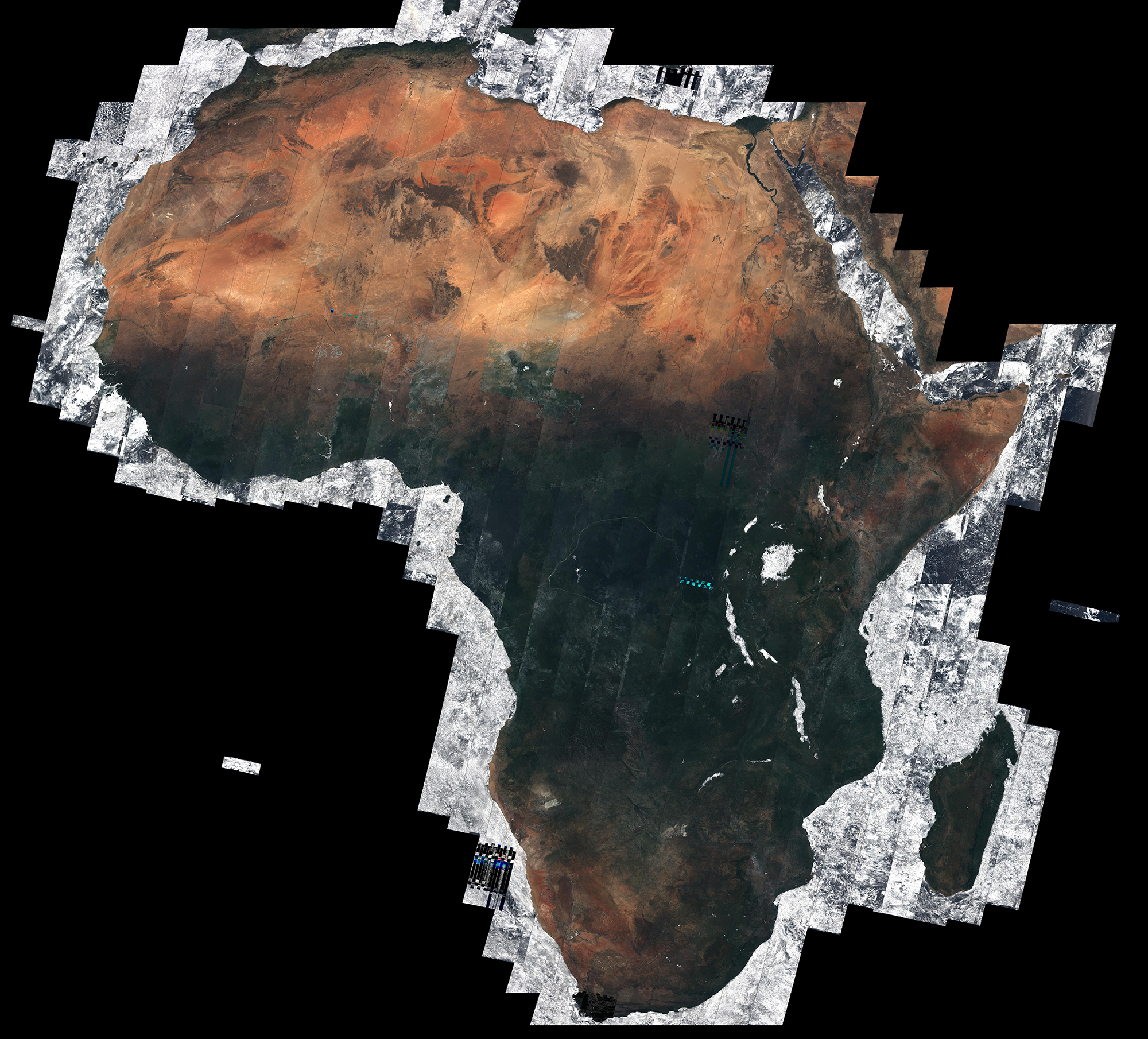